The result of the new openness should mean that all games on Steam that are presented with the OSVR compliant logo will be ones that work with any VR headset.

Steam itself is a digital distribution platform primary designed for games. It offers multiplayer gaming and social networking services — its games are supplied over an Internet connection and are therefore automatically updated on the user’s machine. Other features include in-game voice and chat functionality.

The ‘problem’ that exists right now in the VR headset wars is that we have a handful of major manufacturers (including Oculus Rift and PlayStation VR) who each operate with a dedicated storefront but, crucially, their user options deny access to players who visit the store while using competing headsets.

The result is that software application development pros working to produce VR games have to end up porting releases to several platforms — a practice that, very arguably, does not push for the greater good in terms of games quality and development.

“The backbone of OSVR is its software development kit (SDK), which allows developers to build support for all of the VR headsets on the market into their games. The intention being to reduce the hardware fragmentation that is forming around the big three.” 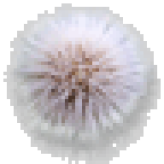 Five Technology Investments All Startups Should Use
How reliant is your organization on IT?